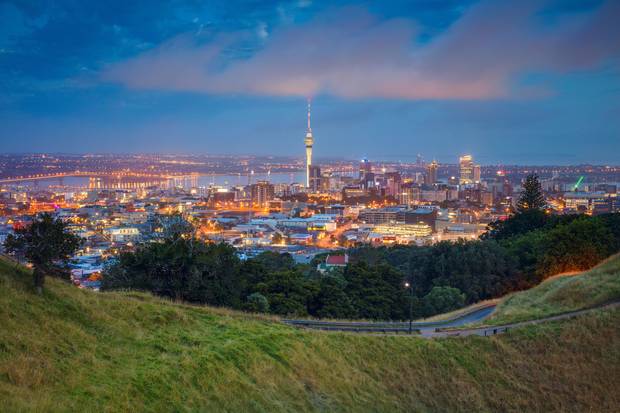 By Nick Goodall, head of research at CoreLogic NZ

Nick has dusted off his data and analytics-driven crystal ball, and present to you his 2019 property and economic outlook. Here’s his top 10 list:

The first milestone for 2019 has been the relaxation of the LVR restrictions on 1st January 2019.

We’re cautious about the effects these changes may actually have on market activity because banks are likely to stick to tough lending criteria, so the pool of potential borrowers who can meet those requirements may not be that big.

The foreign buyer ban has already been in place for a few months (from 22nd October). In terms of how big the foreign buyer market actually is in New Zealand, it hovers at 1-2% of net ownership changes (buying less selling).

Getting back to that ban, if effective (and effectively policed), purchasing by foreign buyers should have fallen away towards zero.

Although it’s not often talked about, it’s important to note that there are loopholes. Foreign buyers can still buy into NZ if they are buying off the plans and holding apartments in bigger developments (20 apartments or more).

Sure, the numbers won’t be massive, but ultimately, everything helps when it comes to increasing NZ’s housing stock. They can rent them out, just not to family or associates.

The Tax Working Group’s final recommendations urge the government to make a broad extension to the capital gains tax which would include;

The tax would apply at the whatever is the taxpayer’s highest income tax rate and would not have allowance for inflation. Businesses would have five years to establish a starting valuation from which any future capital gains or losses would be calculated. The group estimates its full suite of changes would raise around $8 billion in their first five years.

He predicted that although the earliest any capital tax changes would come into effect was April 1, 2021, he said implementation in 2022 was more likely.

Moving forward to April 2019, the intention is to ring-fence rental property losses for tax relief purposes. At the moment, if you’re a property investor and you make a loss, you can use that loss to reduce the amount you’re taxed on other income sources. The new approach is basically saying that any losses can still be applied for tax relief, but limited to the asset class of property.

So, landlords can still use losses to reduce tax across their current property portfolio by applying losses from one property against profit from another property and/or from one year to the next.

What is no longer permitted is applying that loss against other forms of income. It’s targeting the speculative end of the market who are in it for the capital gain.

It will be really interesting to see if this triggers some existing landlords to leave the sector. The bigger investors may restructure in advance, but on its own the ring-fence seems unlikely to cause a mass exodus.

Then there’s KiwiBuild. The programme has had its fair share of teething problems to date, but they’ll be hoping to really ramp up momentum in 2019, both in terms of construction volumes and buyer take-up of the houses actually built.

Their first headline target was that 1,000 KiwiBuild modest, affordable properties would be completed by mid-2019, and according to the dashboard tracker on their website, they look reasonably on-track to meet that. They’ve announced some developer partnerships, have sold 40 homes, completed another 33 homes, with another 77 under construction and a further 4,047 contracted to build.

An interesting aspect to all this is whether the homes do actually end up with First Home Buyers. If a property goes through ballot and doesn’t sell, it can be sold to other buyer types (e.g. investors) but still at the capped price. That’s part of the system and not a failure – KiwiBuild’s primary aim is to raise the stock of ‘starter’ homes available, and if they end up with FHBs then that’s a good secondary result.

Another related topic is the influence of KiwiBuild on the construction sector. In a year in which several major companies went bust, and development funding became a bit harder, could this means firms pivot their focus – perhaps towards smaller dwellings (independent of KiwiBuild, or pre-fabrication? One to watch.

New Zealand is currently in the midst of one of the three biggest booms for building consents in the past 50-odd years, driven by Auckland and a gradual shift away from standalone houses and towards smaller dwellings (townhouses, apartments, flats). However, looking at Auckland specifically, we estimate that of the 12-13,000 consents per year, only about half are resulting in a genuine chance in the stock of housing: because there’s a lot of infill development going on, i.e. knocking down a property to build a replacement(s).

In short, consents and actual construction volumes need to stay high – or perhaps even rise further to make a real dent in the current shortfall of housing. That could be problematic in 2019 for an industry already running at full tilt.

At least the easing in the net migration balance, which is very likely to continue in 2019, will help to take some of the steam out of property demand and dampen the pressure on the construction sector. However, the effect may only be small and slow – after all, net migration is still very high and will take a fair while to diminish.

The official cash rate will remain at 1.75% in 2019 (and probably most of 2020) and that should help interest rates to stay reasonably low and stable. However, the balance of risks around mortgage rates is to the upside. Flow through effects from higher offshore rates cannot be ruled out, and the signaling by the Reserve Bank that capital adequacy requirements will be raised over the next five years could also see mortgage rates rise. Any increases in 2019 will probably be small, but we’ll still be keeping a close watch.

How all of these factors above interact with each other, and other macro factors such as GDP growth and the labour market, will go a long way to determining the path for sales volumes in 2019.

Now for the million dollar question that every property owner or buyer wants to know: will prices move up, down or stabilise? Generally speaking, we’d anticipate similar patterns to 2018, with average prices across the country rising by 3-5%. It would be no surprise to see Dunedin and Wellington outperforming that figure, and Christchurch and Auckland underperforming. Many regional centres that have fared well this year (e.g. Napier, Whanganui, Palmerston North, and Invercargill) may well do the same in 2019.